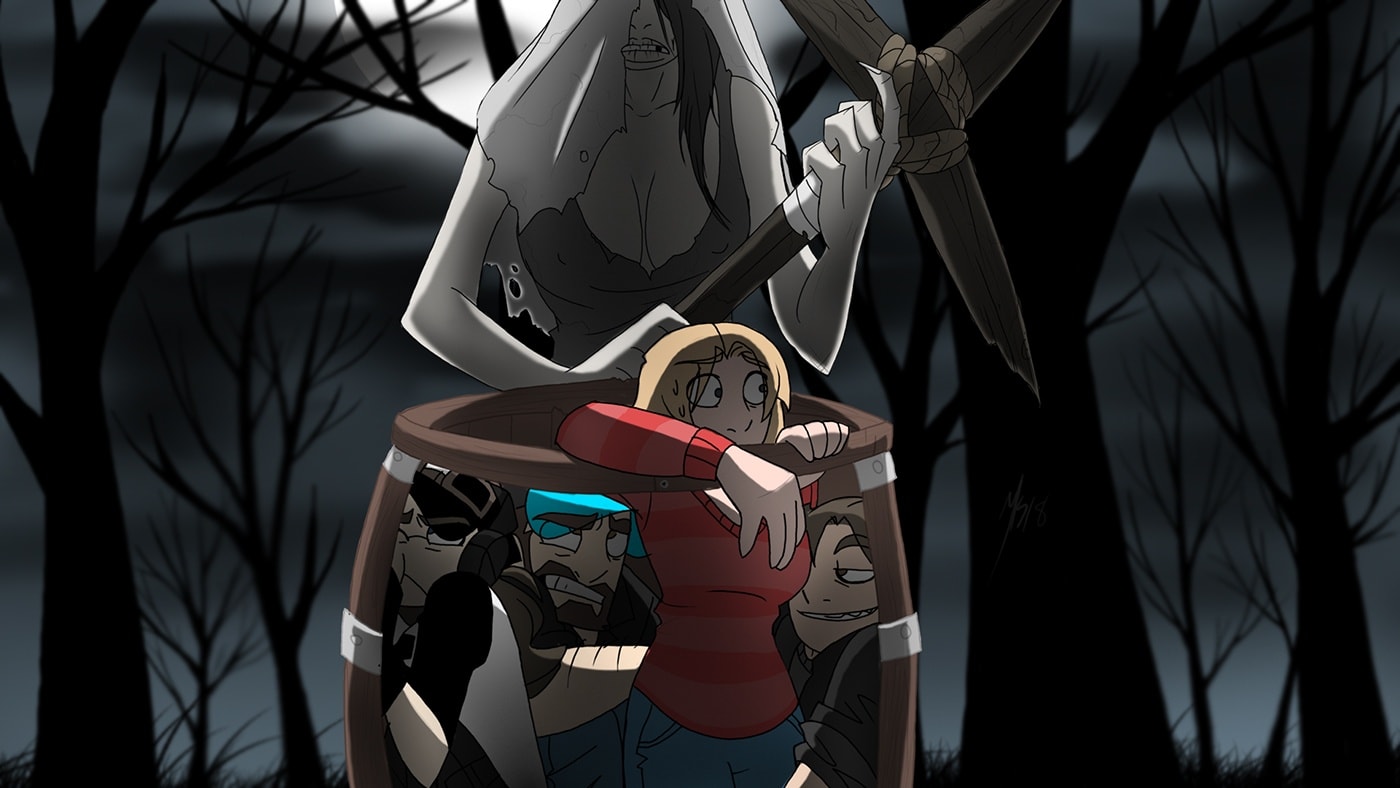 Posted at 20:35h in Game Stream by Admin 0 Comments

The gang plays the blasphemous survival-horror game, Outlast 2 in this full stream of one of our earliest Couch Co-op horror game Twitch streams.

After taking ages to get the game working and streaming correctly we fight to survive in a world of horrific religious extremism. All while fighting to survive against a wonky OBS. LaughingMan, Nat, Fuboo, and LlamaPockets take turns playing Outlast 2 in one of our better Couch Co-op episodes.

It’s the live Outlast 2 Twitch stream that will forever shame LaughingMan. Witness the exact moment where he has lost his last man-card and earned the new moniker, “ScaredyMatt”.

The Fuboo joins in via Skype as LaughingMan, Nat, and LaughingMan’s long-time friend and avid gamer, LlamaPockets, explore the dark and sinister world of Outlast 2. Unlike the insane asylum setting of the first Outlast game, Outlast 2 puts a husband in the middle of a horrific religious “rock and a hard place”. There’s horrific twists and turns, and disturbing imagery involving gore and religious iconography. Sounds like a recipe for comedy gold between inebriated friends!