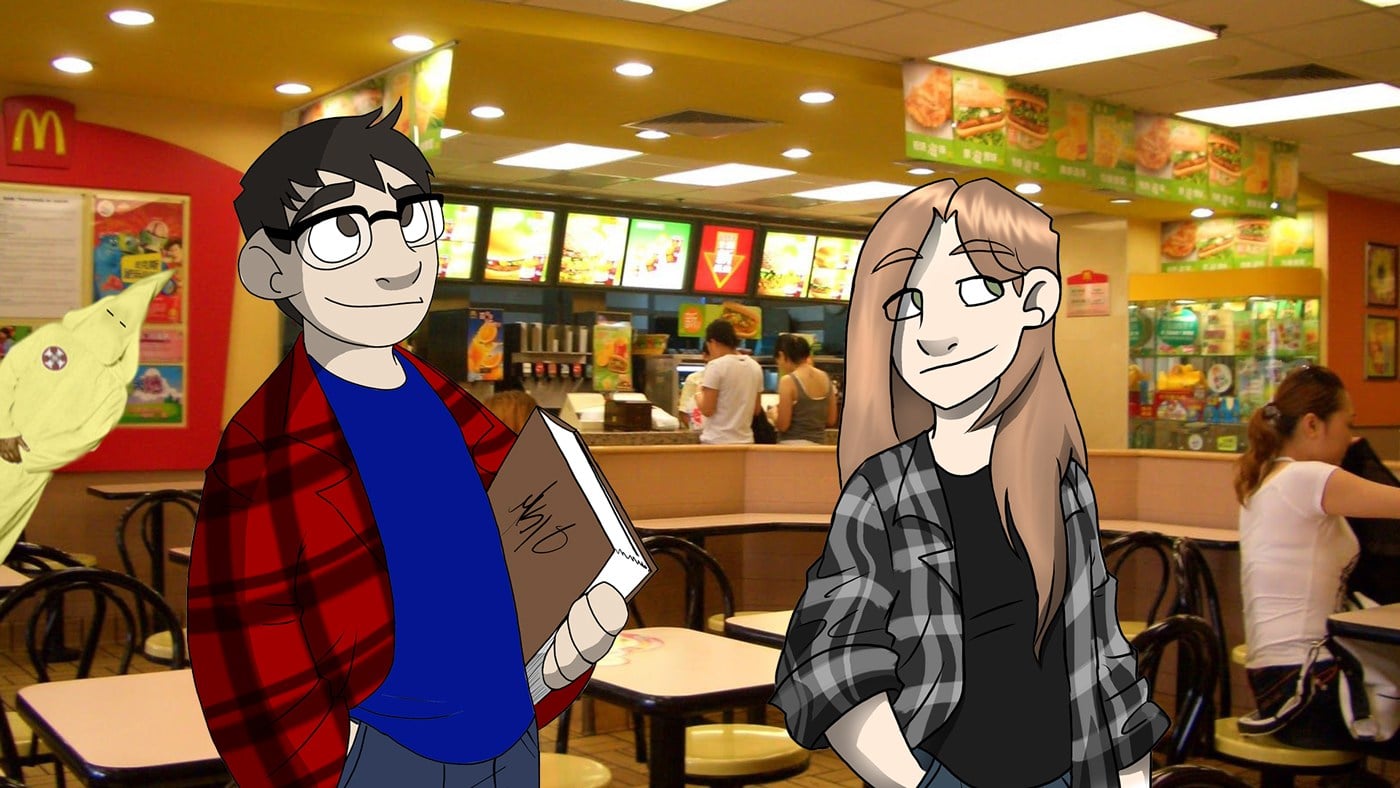 A JEWISH WOMAN AND A GAY MAN WALK INTO A MCDONALDS…

Posted at 18:41h in Game Stream by Admin 0 Comments

Kit-Cat is harassed at her McDonalds job by Tyra, a college girl who is reselling Chicken McNuggets to pay for textbooks. Magic-Based hunts the dreaded Dark Mastery by Paddy’s Pub.

We continue making an inane comedy visual novel in Unity written and starring our Patreon and SubscribeStar fans. In this episode of Kit-Cat’s Odyssey, we create the first multiple-choice option as Kit-Cat starts her first day at McDonalds.

She’s harassed at her job by Tyra, a college girl who is reselling 220 Chicken McNuggets (McNuggers!) to her peers for a profit. Magic-Based drops in as he hunts the dreaded Dark Master, and encounters 0megaBlaster and BigChiefTOF in the ally between McDonalds and Paddy’s Pub. People continue to believe that Wade is, in fact, Jewish.