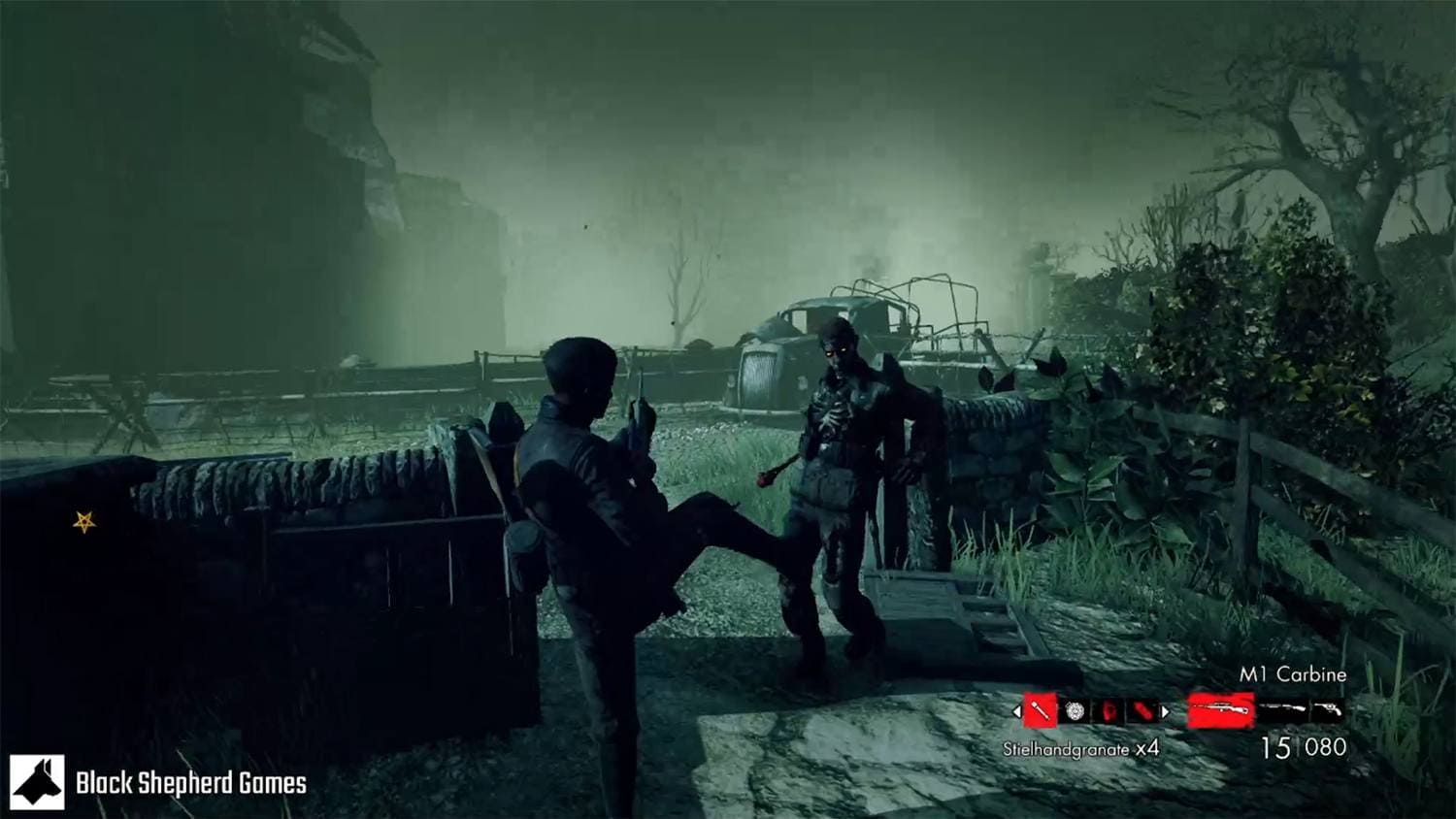 Posted at 03:56h in Game Stream by Admin 0 Comments

Why use an M1 Carbine when you don’t have to reload a pair of Doc Martin’s? 0Megablaster and LaughingMan play Zombie Army Trilogy. LaughingMan goes berserker-mode against the legions of Nazi Zombies in a melee kicking spree.

0Megablaster and LaughingMan play a campaign of Sniper Elite: Zombie Army Trilogy, where we destroy legions of Nazi zombies in an alternate World War II. However, LaughingMan warns 0Megablaster that his way of playing FPS games is… unconventional, to say the least. He recounts playing Serious Sam 2 in college, and always going berserk with the saws. With him there are no middle grounds between sniping from a distance with precision accuracy, or going berserker up close in personal with a pair of size 11 Doc Martin’s boots.

0Mega and Laughingman also talk about:

Stories of Ren & Stimpy creator, John Kricfalusi, having a taste for under-age female talent. One of John Kricfalusi’s ex’s went on record that there is a lot of hebephiles in the animation industry, likely due to the industry catering to people with arrested development. Another noteworthy example is the creator of the Power Puff Girls reboot putting himself in the show as a love interest to Blossom. But don’t take our word as gospel, it’s speculative. Ish.

Montana was ranked #1 in a 2015 Cornell University study as the safest place to be when the zombie apocalypse hits. Largely because the hunting, shooting, horse riding, camping, outdoor survival lifestyle is basically our form of a vacation. And if you can shoot the zombified remains of people you don’t like, all the better!