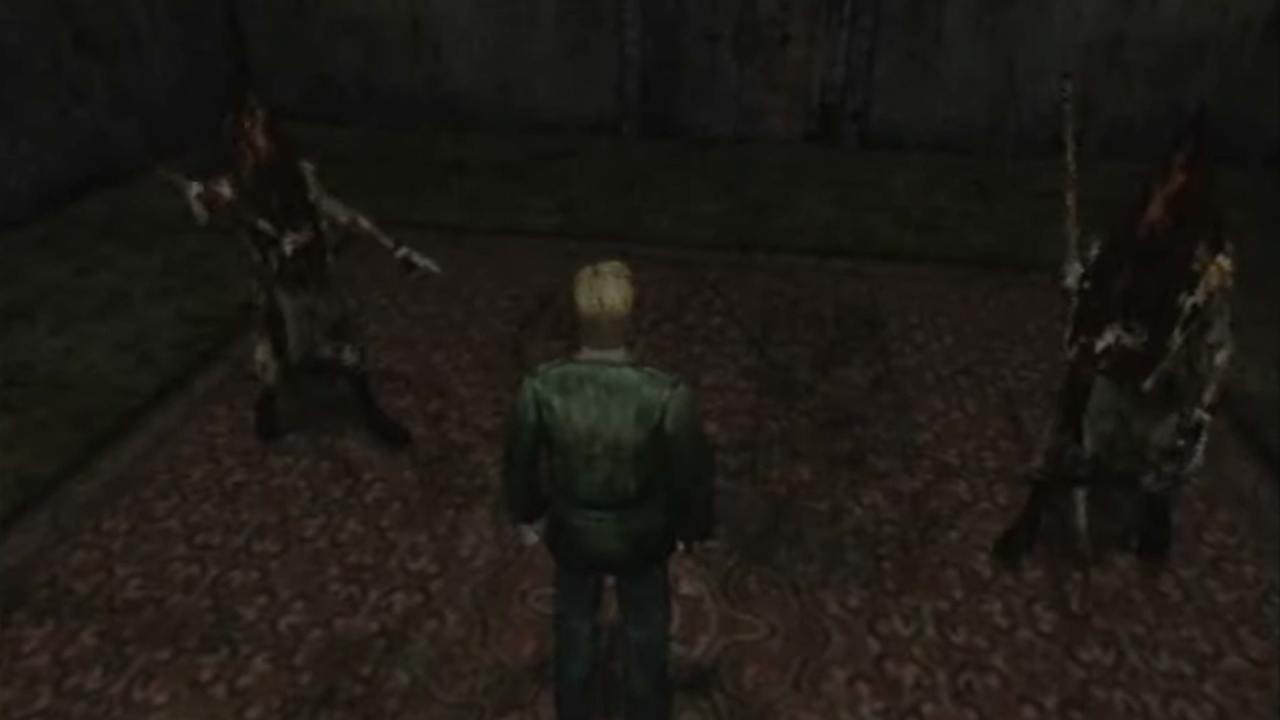 Posted at 05:00h in Game Stream by Admin 0 Comments

LaughingMan and Nat notice a frequent use of reflections and mirrors during the course of the game: from the bathroom scene in the introduction, to the Angela in front of the wall mirror with a knife. Perhaps there is some Alice Through The Looking Glass symbolism? Or perhaps it’s a metaphor for a self-reflective journey.

LaughingMan fawns over Pyramid Head as he compares the plot of Silent Hill 2 to the Criterion Collection Russian film, “Solaris”. Not so much the George Clooney Solaris (2002), but the 1972 film directed by Andrei Tarkovsky. Both touch on the subject of a mysterious place where it seems that one’s own conscience, past, and personal demons become manifest. Both involve a husband who encounters his wife, who has been dead for years.

Additionally there’s a Alfred Hitchcock Presents episode called “Portrait of Jocelyn” that shares many similarities with Silent Hill 2. The husband has an ex-wife who has gone missing, but he believes she’s still alive. He receives a letter from her to go back to the resort town that she disappeared from, and many of the inhabitants are odd, and it’s revealed that the husband killed his wife in the town.

Masahiro Ito confirms that Mary’s body is in the back seat of James’ car, not the trunk.

Pyramid Head only strangles and attacks the straight-jacket and mannequin monsters with his hands until you get Angela’s knife, and then it has the Great Knife as a weapon. A more interesting question to ask: how large is Pyramid Head’s “weapon”? Is it the same size as James’, or is it larger?